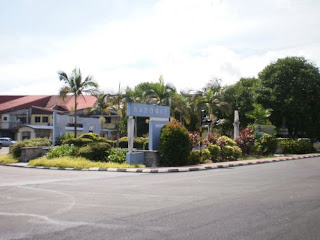 Kanowit Recreation Park is probably the most prominent structure that greets visitors when they start entering the town by road. 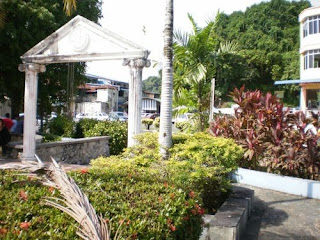 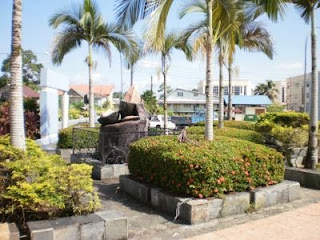 The local council named this park as Recreational Park but it is just too small to even jog around here. 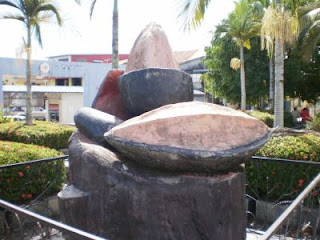 Inside the park is a dabai statue which I assume is the mascot/symbol to represent the town. At first glance, I thought it is a cocoa statue. But on second thought it just don't make any sense as cocoa is not widely grown here. 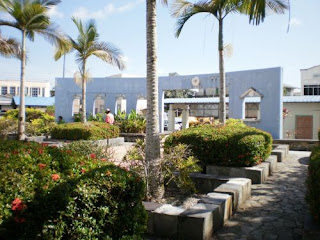 Just behind the recreational park is the town's bus station which connect Kanowit with the nearby towns of Sibu, Bintangor and Sarikei
Posted by Borneo Falcon at 12:06 AM

Kanowit looks good in your photos...

I used to sit in one of the coffee shops after school hours in the evenings and enjoyed the birds' last song before they call it a day.....I suppose those were the good old times. Last row of shops just in front of the forest.

I thought Kanowit was paradise then.

so this is in Sibu.. thanks for sharing. hope to visit there one day..

Dabai is a type of fruit?

Nice. Just learnt about a new place in Sarawak... Those huge things look like cikus to me.