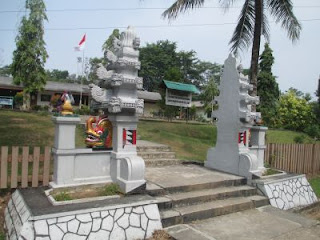 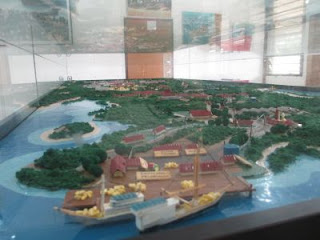 The camp is actually huge with its own jetty. It will be tiring if one is to explore it on foot (although the end result would be rewarding) and the best option is to hire a car to drive one around the camp. 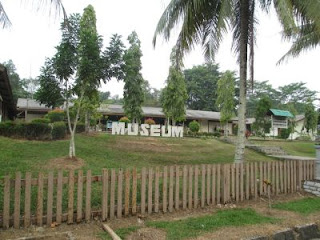 The main museum building was once UNHCR's main administration office to run the camp during the period of 1978 - 1996 where many Vietnamese Boat People and asylum seekers were temporarily sheltered here during the determination of their refugee status and subsequent resettlement in the USA, Australia and European countries. 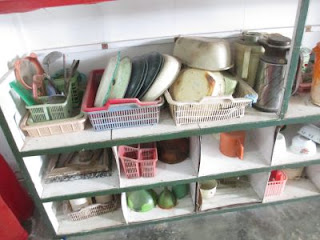 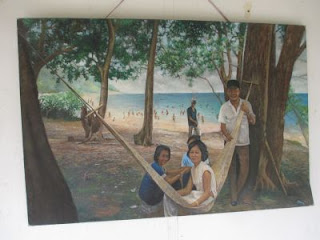 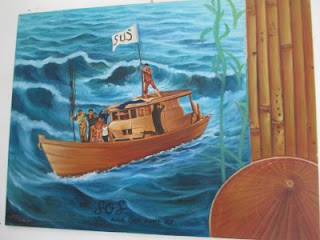 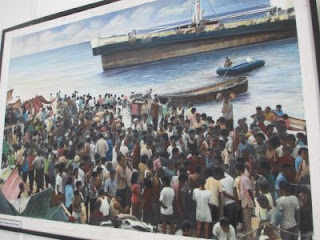 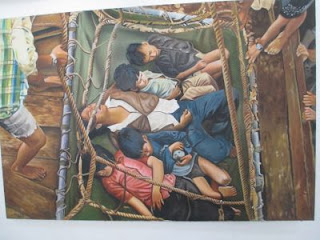 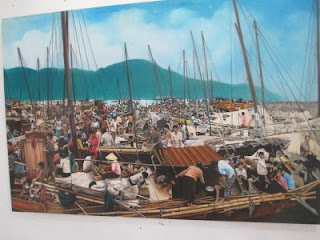 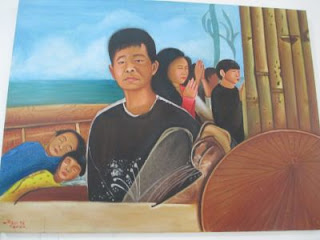 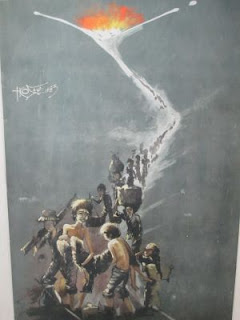 There are a lot of paintings at the museum which depicts their arrival, life and hardship while at the camp. Various cooking utensils used by the refugees were also on display here. 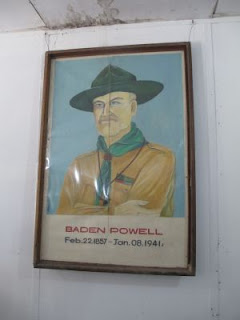 I still try to make sense as to why the huge painted portrait of Baden Powell is hung prominently at the museum. My guess is that the scout could had played a significant roles at the camp. 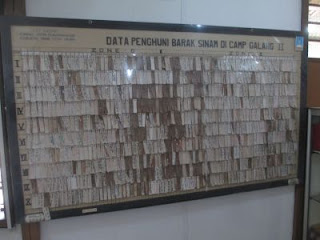 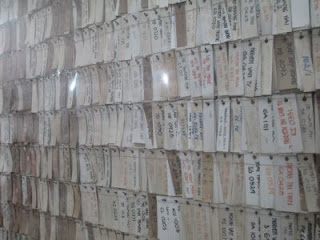 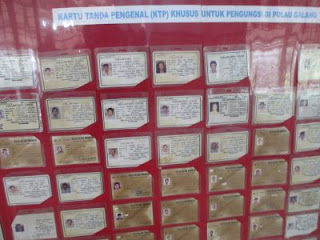 The UNHCR was able to keep track of the refugees here by this data board and apparently they were issued a temporary identification card. 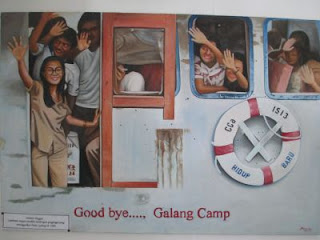 The camp was closed in 1996, seven years after the Comprehensive Plan of Action for Indo-Chinese Refugees was adopted. All the Vietnamese refugees had been repatriated by UNHCR. 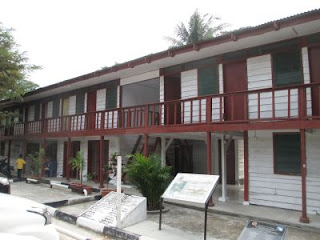 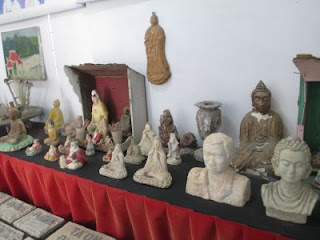 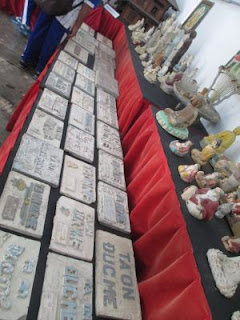 Galang camp had many facilities such as Indonesian Red Cross Hospital, church, temple and staff premises. The refugee main activities in the camp were to study English and other languages, or learn vocational skills, while waiting for the results of their applications to determine their refugee status. 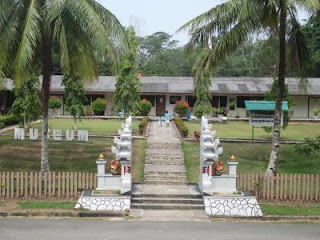 The camp has huge potential to be tourist site if the authority put more effort to promote it and improve the facilities such as transportation, information board in English, canteen, parking and etc.
Posted by Borneo Falcon at 9:31 AM 1 comment: