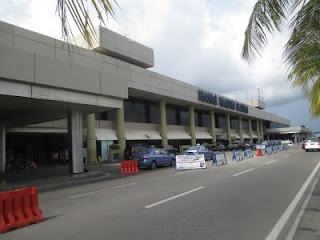 Hang Nadim International Airport is the only airport in Batam Island and serve as the gateway for those traveling by air into the island. The airport was named after a famous Laksamana Hang Nadim. 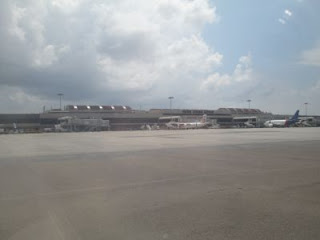 It has the longest runway in Indonesia (4. 210 km) which means an Airbus A380 could land here. However, most of the aircraft models which currently operated from this airport are the Airbus A320, Boeing 737 and ATR-72. With such a long runway, taking off and landing with those models will be a breeze. 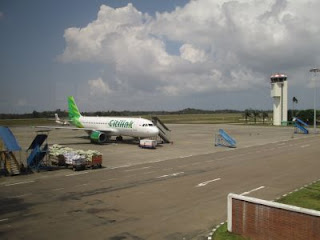 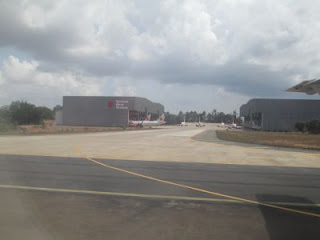 Lion Air also built a maintenance facility here and use the airport as one of its main hub. 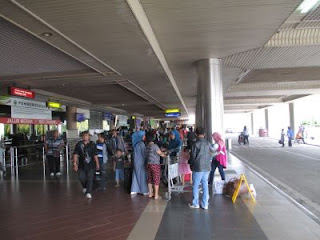 The airport has a different layout than most of the airports which I am accustomed with. The Departure and arrival area where people send off or waiting for passengers is located outside the main building with no air conditioner and narrow walkway. In other words, they have no chance to do any shopping inside the terminal or make themselves comfortable from outside heat and have to settle with the many choices of restaurants outside the terminal

Bear in mind, the passengers do not line out to get a taxi. One basically, just dash to an empty taxi after paying the airport taxi tax. Taxi fee is rather standard and the driver usually use meter. A standard journey from the airport to Nagoya will cost 115,000 - 125,000 Rupiah. 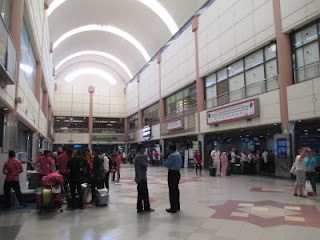 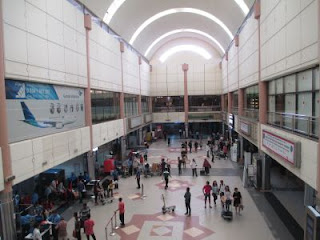 Once cleared the security screening, the check in concourse is huge and busy. Most of these area got its light from the natural light outside via the transparent roof.

The security screening is rather strict here. For domestic passenger, one will be screened 2 times while international passenger has to go through 3 security checks. 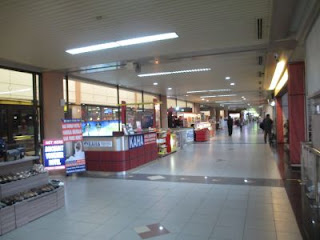 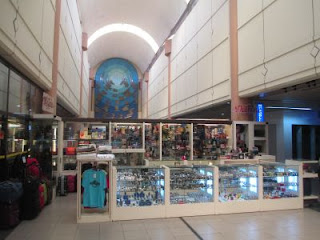 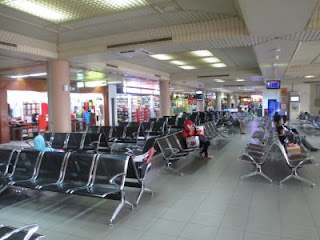 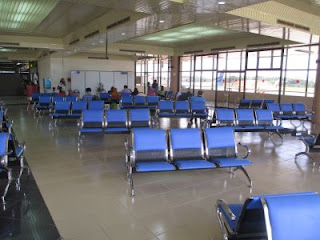 After checking in, passenger will need to move up a floor through an escalator or stairs to the departure hall. The departure hall impressed me with variety of shops/stalls selling souvenirs, tax free liquor, food, massage, toys and etc. The airport also has free wifi passengers while inside the terminal. 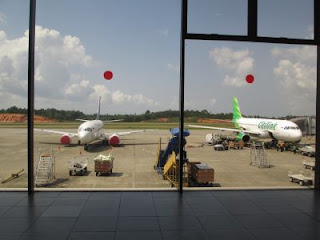 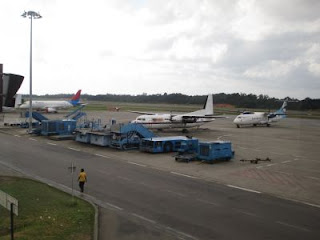 There are about a dozen of passenger airlines flying into Batam and I am surprise to see some obsolete aircraft model such as the Fokker 50 parking at the apron here.

There has been a proposal for a new terminal next to the existing terminal to increase its capacity
Posted by Borneo Falcon at 8:40 PM 1 comment: 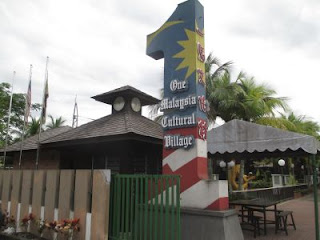 Established in 2012, it is considered as one of the cultural attraction for Sibu town. The cultural village is located just opposite the Bukit Aup Jubilee Park, about 20 minutes drive from the town. 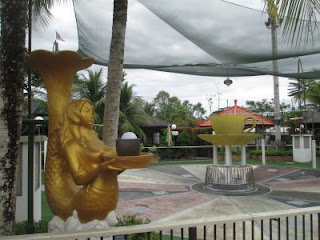 I was expecting something like Sarawak Cultural Village in Kuching on arrival, but it was way off my expectation. The site is pretty small and probably one would need to spare about 10 minutes here to appreciate what it has to offer. 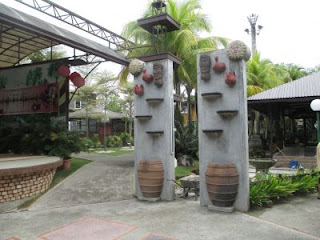 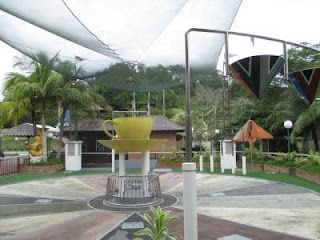 It is more of a landscape garden with a few pavilions depicting the culture of various races in Sarawak. There is also a small stage at the heart of the village which is ideal for cultural show and etc. 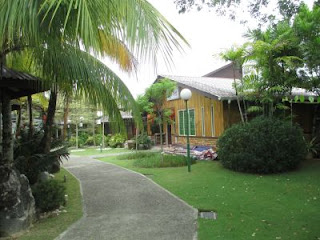 On the positive side, the place is clean and serene with a restaurant open for dinner where diner can enjoy the clean fresh air here. There is no entrance fee. 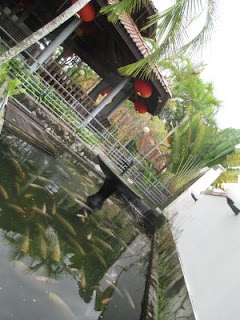 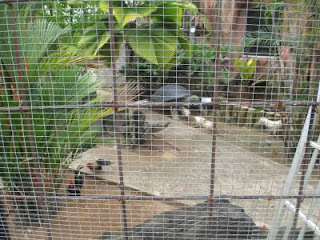 For the children, there are Koi fishes and chicken to entertain the curious young minds.
Posted by Borneo Falcon at 8:08 AM 1 comment: 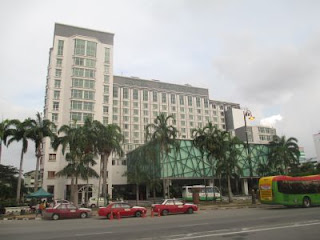 Promenade Hotel is one of the leading hotel brand which has been around for decades in Kota Kinabalu and one of the favourite hotel to stay. It has an ideal location with most of the city's attractions within walking distance. 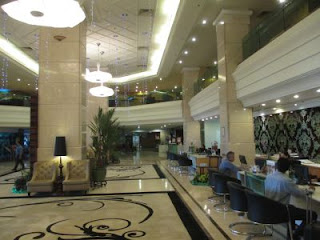 The lobby is huge and this is probably the first hotel I encounter where I am properly seated during check in. The service is pleasant and friendly. The lobby also house Promenade Cafe, Lobby Lounge, Dynasty Szechuan & Cantonese Cuisine Restaurant and a souvenir shop. 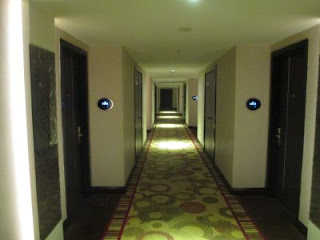 For such an old hotel, I am surprised with its interior as a result of the latest refurbishment and upgrading lately 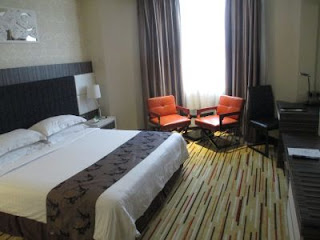 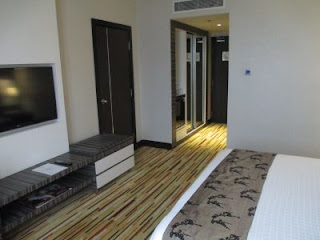 The room (room rate of RM 233.30 nett) is spacious and modern. All the lighting here has been changed to LED. It has a safe deposit box, ironing board and robe. Every floor is served with a modem and free Wifi for every visitor staying here. The air conditioner is very cold and not easy to adjust the temperature. I had to do a few "experiments" on my own to get around with the adjustment process. 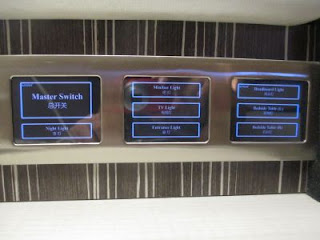 All the lighting are conveniently and easily controlled via a touch panel at the bed side. 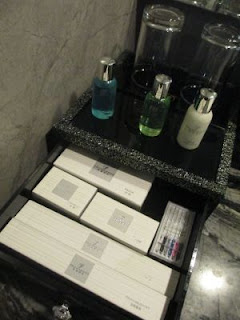 The toiletries are pretty comprehensive and on par with any other 4 star hotel. 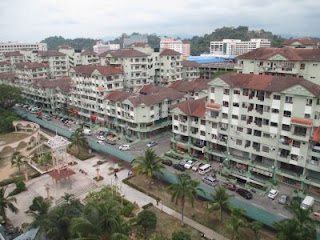 I am a bit unfortunate to get a room facing the back, overlooking the api-api apartment but one will not be able to get a clear sea view anymore soon due to the ongoing construction at the waterfront now.

Promenade Hotel exceeds my expectation and I will have no doubt looking forward to come back to stay here again in my next trip.