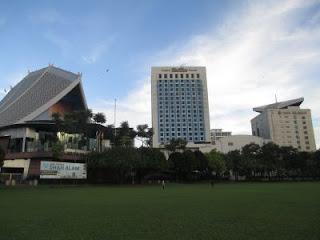 Grand Bluewave Hotel is one of the very few hotel located in the heart of Shah Alam. It is located next to the State Museum and Library at Section 14. 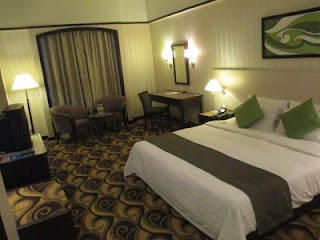 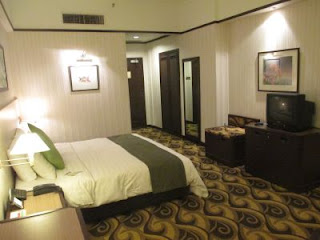 Even though the hotel has been around for sometime, its interior and room did not look tired and are well maintained. The deluxe room modern and spacious. However, I am a bit surprise to see a CRT tv still been used in the room.

The room is what to be expected of a 5 star hotel. The only problem is that its air conditioner is too cold and not adjustable. I just have to shut it down when it gets too cold. 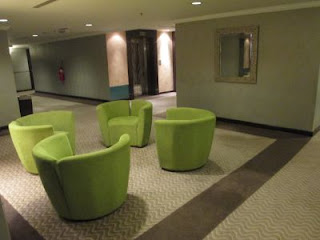 The public concourse area on each floor is spacious with comfortable seats for discussion or a small gathering. 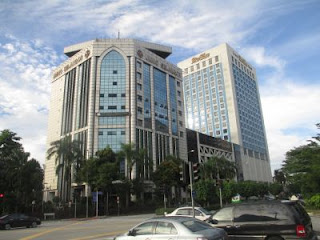 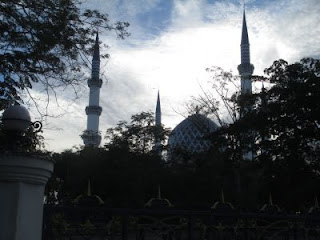 They aren't much to see around the hotel except for the Blue Mosque which is about 5 minutes walk from the hotel
Posted by Borneo Falcon at 2:13 PM No comments: 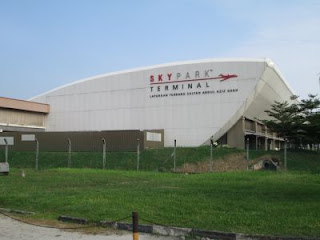 Sultan Abdul Aziz Shah Airport better known as Subang Airport or Subang Skypark by the local is the second airport within the Klang Valley after the main Kuala Lumpur International Airport. SAAS Airport is located in Subang, occupying the previously known Terminal 3 which used to serve domestic flights during its prime day. 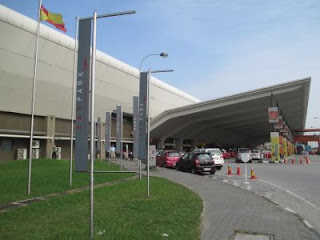 I haven't been to this airport since the main airport shifted to Kuala Lumpur International Airport in 1998 and it was kind of nostalgic to be back here again. The facade of the terminal as well as its interior had been refurbished. The easiest way to get here is by taxi although there is some bus service to KLIA and the nearby area. 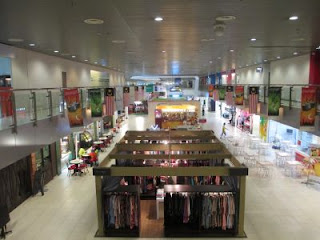 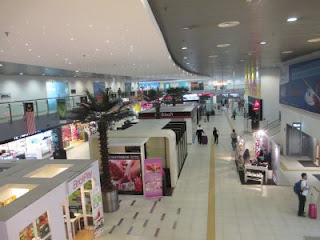 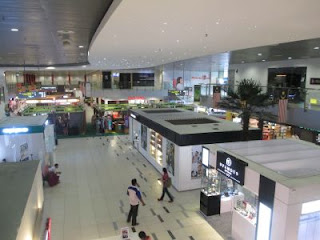 The interior of the terminal amazes me as it is way better than I initially expected. The interior is clean, wide, well lit and fully air conditioned.

The public concourse area is almost like a modern shopping mall which easily put the now defunct LCCT to shame. 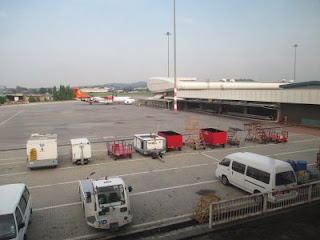 It also has a viewing area to view the aircraft taking off and landing. The airport is a hub for Firely and Malindo Air using the turbo prop aircraft, ATR-72 offering mainly domestic and a few international flights. 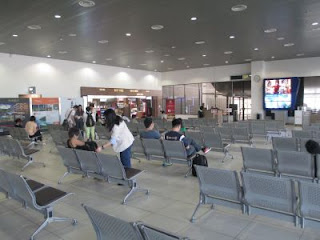 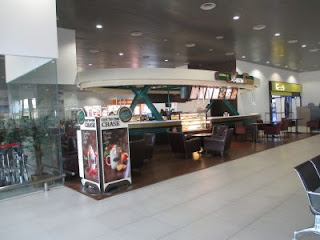 When entering the departure hall, the shopping experience significantly reduced to just a convenience stall and Austin Chase Coffee outlet. At the international departure hall, there is a duty free store offering variety of liquor and cigarettes. 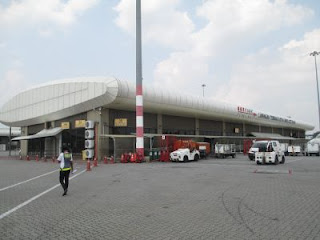 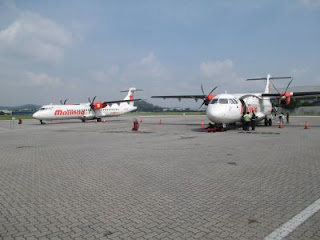 There is no aerobridge at this terminal as most of the commercial aircraft operating here are of ATR-72. Passengers will have to walk to the tarmac to get onboard the aircraft. The airport has a 3.7km runway which should be a breeze for this type of aircraft.
Posted by Borneo Falcon at 8:19 AM No comments: