In Sibu, The Sarawak Association of Churches, Sibu branch will hold an annual X'mas parade on the Saturday before the actual Christmas Day. This year it was held on the 20th December. 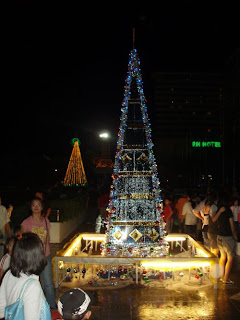 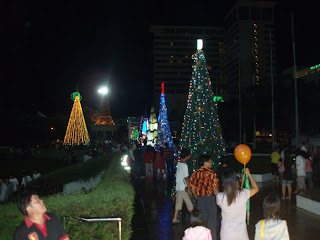 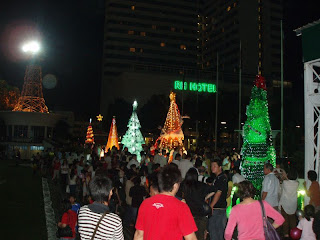 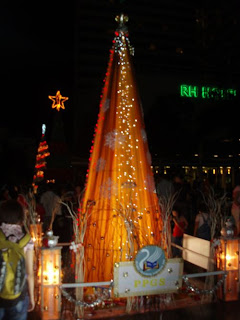 As usual, the parade will start off from the town square. Here are some of the view of the well lit X'mas trees at the town square which I had highlighted before. 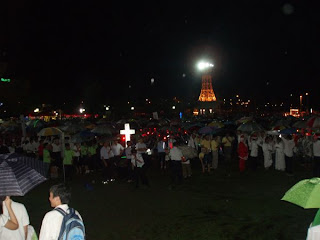 Here were the various groups from different churches and bands from around Sibu. I would say something miracle happened that day. It had been a crazy weather here for a week or so as it had been raining continuously. I remember it was still raining heavily around 5 and 6.30pm.

Anyway, the parade started about 7.30pm and the rain had stopped around 7.15pm although the clouds still appear dark 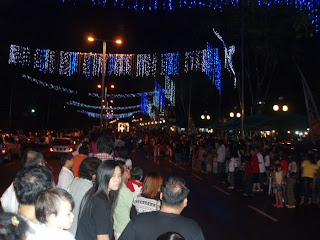 We stationed ourselves at Island Road, next to the Town Square to get a good view of the parade. The town folks pretty much came in full force to watch the parade as there still a possibility of heavy rain during the parade. People from all walks of life and background converge at the town square to to jointly witness the event 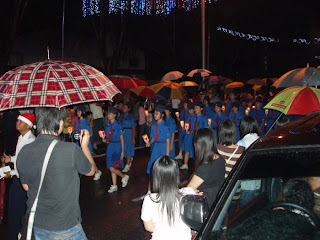 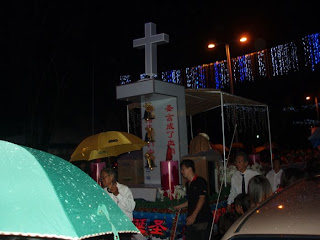 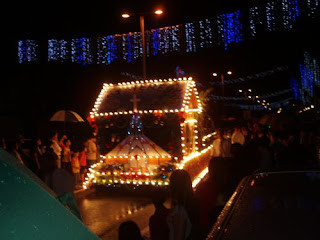 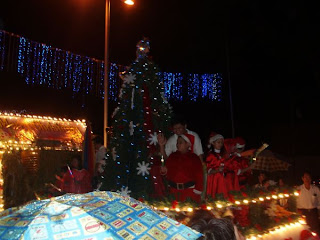 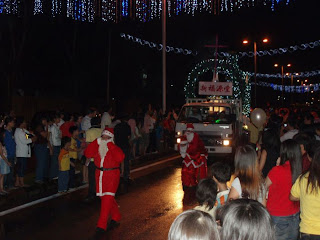 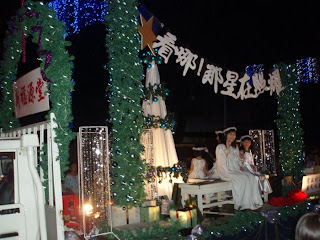 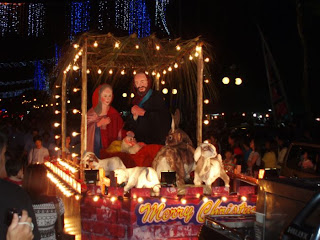 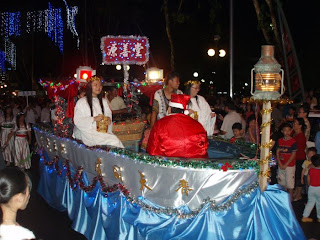 The participants from various churches and school bands with candle lights, lantern and colourful floats. Sweets will also be distributed for children during the parade 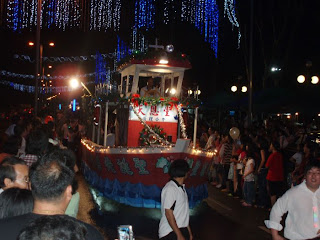 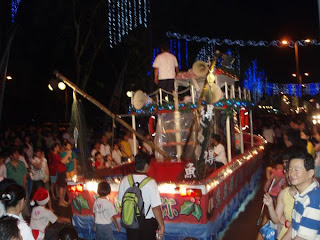 This float depict a tugboat. Sibu is famous for constructing tugboat. 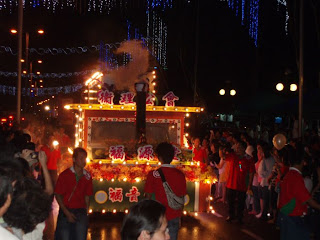 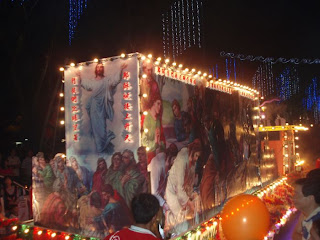 The "train" float with it's "steam" engine and horn 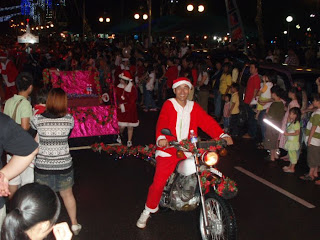 Santa Clause in motorcycle instead of a reindeer

Girl's Brigade bands from different schools around the town.

The Boy's Brigade bands in action

This is rather special. The Scout band with Scottish kilt and musical instrument

More videos from the parade
The parade ended about 9pm and it was a colourful event. However, the quality of the float had dropped if comparison with previous years were taken into account. I reckon the financial crisis also had hit the shore of some of the churches here.
Posted by Borneo Falcon at 12:05 AM

wah.. i never knew that Christmas also have parade one!!

how I wish I'm in malaysia now, then I can join the parade!~!

wow..i didnt know about that .. good of u to post them here.. eye opener..over here in penisular, dont hv such thing on the streets.. but this year i am pretty proud of my perak govt.. they cordially invite juwita to sing in the stadium .. she is a christian.. i m proud to see the Perak Government inviting..haha..

wow..i don't i can see this in Kuching

nice photos..christmas is indeed in the air...

Soo nice and touchy. imagine how they gave too much effort for Christmas

I can feel the warmth of the X'mas celebration at your town. It's really nice. SG may have nice X'mas lights and decorations but it's commercialized, not like what you have at your hometown where people joined in the parade and having fun.

there's a lot of festivities in your area because of Xmas---I guess the culture there ( in your place ) is similar to that here in the Philippines~~~~and completely different from the rest of the country___---ayt?

Wow! A xmas parade! I'd love to go to one. I wish we had any over here too. that would really be a highlight in the winter darkness over here.

this is the best thing about Sarawak State...the true religion/culture/race-harmony.not like west m'sia,it's artifial one.