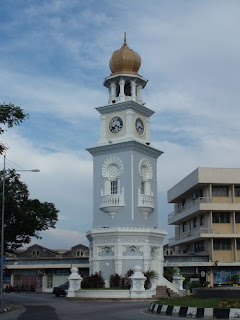 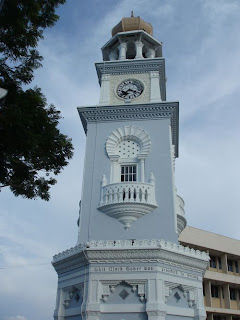 Unfortunately the clock tower is no longer functional and the time stopped around 4.38 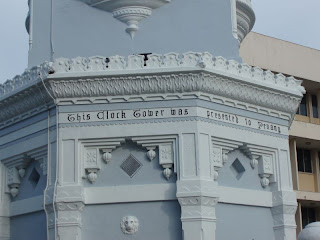 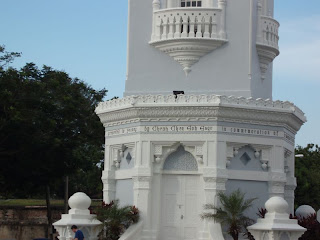 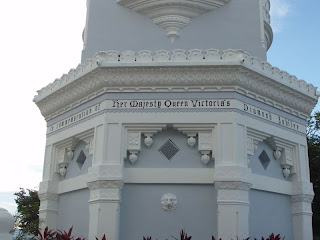 This clock tower was presented to Penang by Cheah Chen Gok in commemoration of her majesty Queen Victoria's Diamond Jubilee . 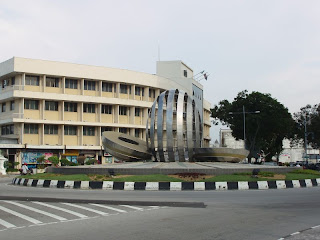 Next to the clock tower is the steel betel nut structure (which also function as roundabout). Penang takes its name from the Malay word for "pinang" or betel nut; the betel nut tree is endemic to the island and closely resembles a coconut tree. The pinang tree is instantly recognizable as an embelm of Penang and takes pride of place on the State flag 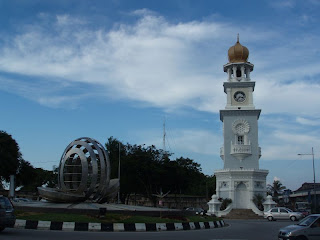 hmmm... seems like there's a lot of heritage buildings and landmarks in georgetown. Never been to penang before. If im going, I will like you where is the places of interest to go before i waste my money on the travel agencies :) cheers

why dun they repair the clock .... its not really that difficult eh ?

no wonder why Georgetown was considered as a world heritage site by Unesco---those pictures are just amazing....

I think there might be spare parts that are unable to be sourced anymore. Make sense since this is an old clock. I am sure the parts can be sourced if there is enough fund for it. It would be nice to see the clock ticking again.

too bad its not functional anymore...