I finally reached the Esplanade after some 40 minutes walk from my hotel. Esplanade has an impressive array of well restored and maintained buildings that housed the British administration until Independence in 1957. 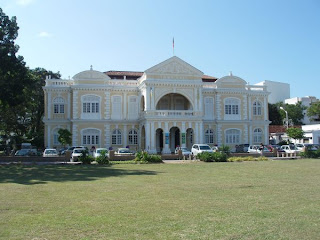 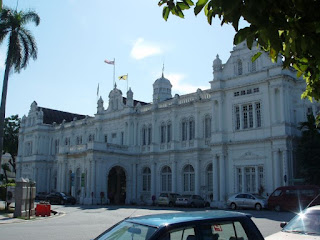 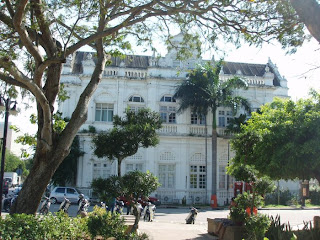 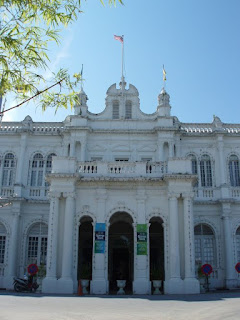 City Hall, opened in 1903, typifies the impressive Victorian style public architecture seen in many of Malaysian's buildings of the period. 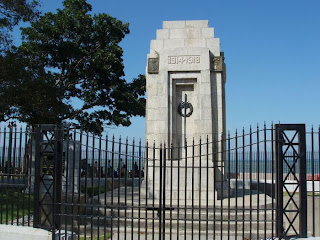 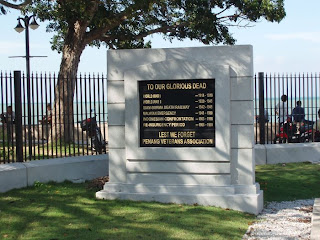 There is a war memorial next to the City Hall 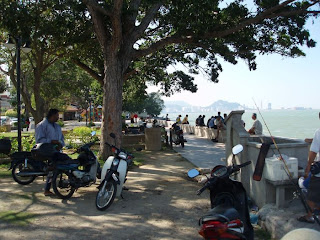 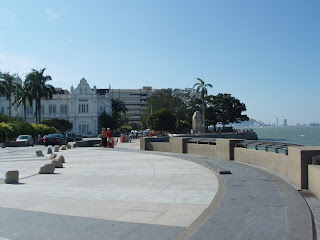 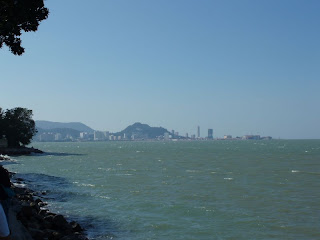 I reckon Esplanade is great for early morning and early evening walks. One can even see Gurney Drive from here. 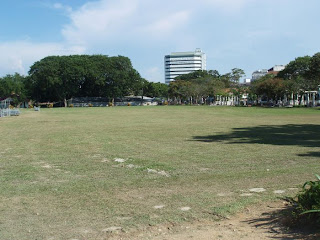 This large field is also known as Padang Kota Lama
Posted by Borneo Falcon at 12:02 AM

somehow I find that the names in Penang and Spore is similar - Esplanade, City Hall...etc..

i like esplanade a lot, got some sweet memory there..

beautiful penang. sometimes i wish that the british should have colonized the philippines too.

i like the far view of the place. i get to see the skyline.

u know or not, the field in padang kota lama is a place for many people playing kites (during nite time)some time back. me and hubby also did the same thing too. We bring our kites to there, after makan our supper from the hawker stalls then walk to the field to play our kite. It is really fun.

This looks like an interesting place to wander around especially the area near the sea.

And i tot its Singapore you're talking about.

where are you now?are you still in penang?

Penang looks like a great place to see. I wish I could visit it someday!

I'm impressed with the place and your photography. Thanks for sharing!

I'm back in my hometown already at Sibu.

it is really nice to find out that the field (Padang Kota Lama)used to be the site for playing kites.