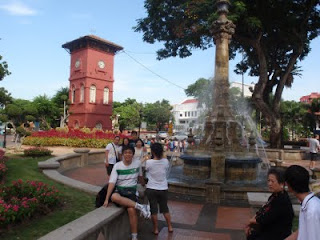 At the Dutch Square in Malacca, there is a prominent clock tower which does not look out of place even though it was not built by the Dutch. In fact, it blends perfectly with the surrounding Dutch buildings. 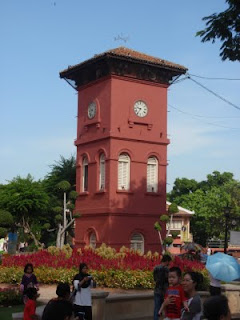 This clock tower was given to the people of Malacca in 1886 by Mr. Tan Jiak Kim to fulfill the wishes of his father, the late Tan Beng Swee. 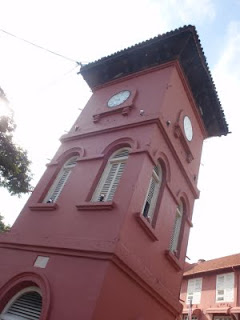 The original clock was imported from England. In 1982, SEIKO-K HATTORI & CO. Ltd. Japan donated as a gesture of goodwill, a new clock to the people of Malacca to replace the original which is now exhibited at the Malacca Museum. 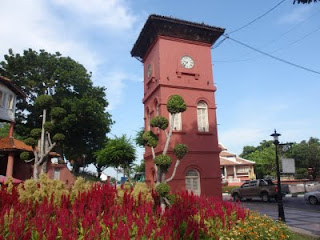 Back then it caused an uproar among the senior citizens of Malacca when the original clock was replaced as they still recall the harsh treatment they suffered during Japanese occupation. I guess that is a thing of a past now as the Tan Beng Swee clock tower stands majestically at the heart of the historic quarter of Malacca.
Posted by Borneo Falcon at 7:40 AM