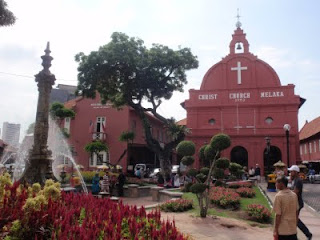 The Malacca Christ Church is the most recognizable church in the city heritage site. Built by the Dutch in 1753 to commemorate the centenary of their occupation of Malacca, this church took 12 years to complete. 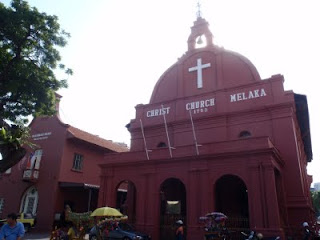 Standing exactly as it has always been since 1753, the church is testimony to Dutch architectural ingenuity. Originally a Dutch Reform Church, it was later consecrated as an Anglican Church. 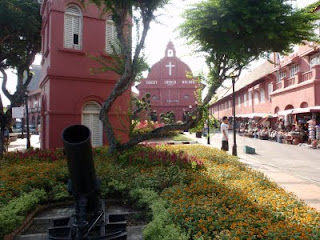 No expense was spared in building it, from the wooden ceiling beams, each cut from a single tree to the elaborately hand-carved pews, Brass Bible, tombstone written in Armenian and "The Last Supper" in glazed tiles. 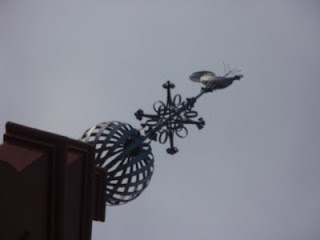 When the British took over the church in 1795, they put in a few additions, most notably the weathercock atop the bell tower.

Posted by Borneo Falcon at 7:46 AM

nice shot of the weathercock.