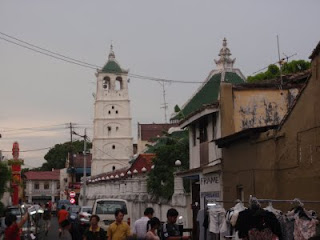 Completed in 1748, Kampung Kling's Mosque is one of the oldest mosques in the country with Sumatran architectural features. 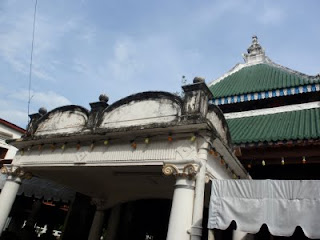 The mosque is situated at Jalan Tukang Emas in Malacca, also known as Harmony Street because of its also proximity to the Sri Payyatha Viyanagar Moorthi Temple and Cheng Hoon Teng Temple. The original structure built in 1748 was wooden building and in 1872, it was rebuilt in brick. 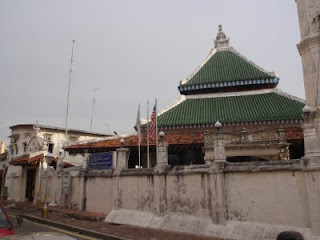 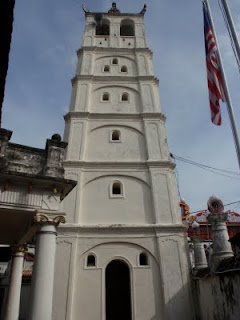 Instead of a conventional dome, a three tier roof rising like a pyramid is in place. A minaret peculiar in shape from a typical Moorish style is structured like a pagoda portraying the mixture of East-West architectural influence. 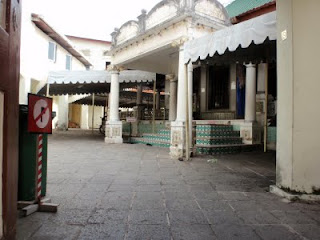 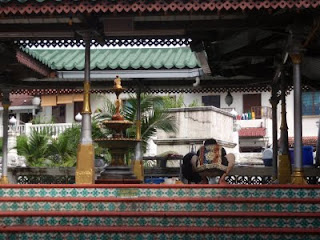 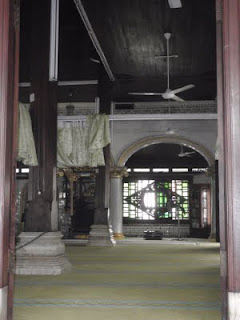 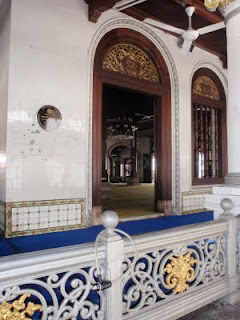 On closer inspection, I find an unusual blend of English and Portuguese glazed tiles, Corinthian columns with symmetrical arches in the main prayer hall, a Victorian chandelier, a wooden pulpit with Hindu and Chinese style carvings, a Moorish cast iron lamp posts in place of abulation for pre prayer cleansing. The mosque remains central to Malay community life. 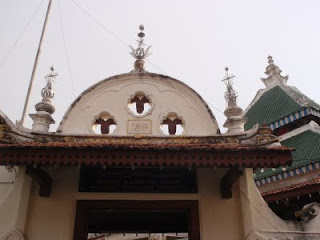 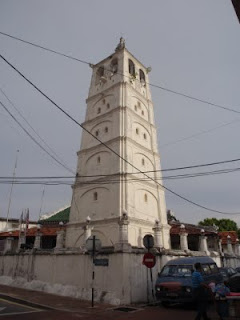 The "minaret", "pool" and "entrancearch" were built at the same time with the main building of the mosque.

Posted by Borneo Falcon at 7:22 AM