The Cheng Hoon Teng Temple in Malacca is Malaysia's oldest temple and is known as Kwan Ying Teng to the locals as the main deity revered is Kwan Yin the Goddess of Mercy. The Temple located on Temple Street figured prominently in the lives of the Chinese community for a span of almost 400 years now. 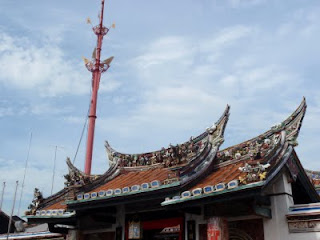 One of the most prominent structure is the 7m flag mast at the left wing of the main prayer hall. 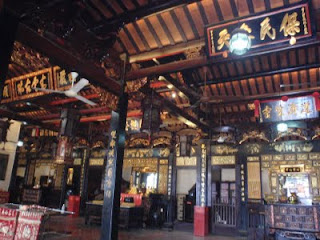 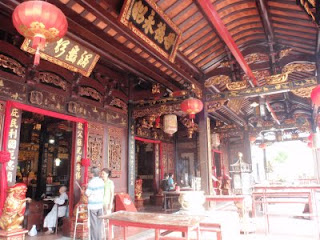 The left altar is dedicated to Ma Choe Po (Guardian of fisherman and seaman) and the deities to the right are Datuk Poh Seng Tye Tay (Tye Tor Kong) and Datuk Hiap Tian Tye Tay (Kwan Ti-God of Justice). 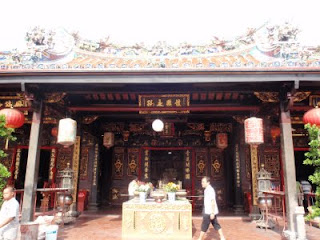 From the records of the stone tablets found in the temple, the temple was first built by the Chinese Kapitan Tay Kie Ki alias Hong Yong in the 1600s. During the Portuguese/Dutch era to 1824, Kapitans China were appointed as leaders of the Chinese comuity in Malacca. Among the prominent Kapitans China were Kapitans Tay Kie Ki, Li Wei King, Chan Ki Lock and Chua Su Cheong. They were respectively responsible for the founding, extending, rebuilding of this Temple to its present appearance.

Beside serving the religious needs of the community, it was also the official administrative headquarters of the Kapitans China as well as a Chinese court

In 1824, the British government abolished the Kapitan system. The Teng Choo or president of the Temple's board assumed the role of the Kapitans as head of the Temple and the Chinese community. 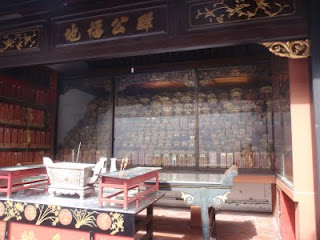 The Cheng Hoon Teng Temple was incorporated in Parliament in 1949 by Sir Tun Dato Tan Cheng Lock and a Board of Trustees was formed. The memorial tablets of the Kapitans China, Teng Choos and past Chairmen of the Temple are enshrined in a wing at the back of the premises. 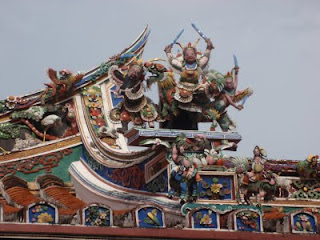 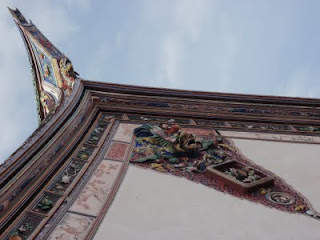 The architecture of the Temple is reflective of that of the Southern provinces of China. The elaborate decorations that grace the exterior and interior of the temple were so tastefully done that an atmosphere of serenity encompasses the visitor. Scenes from Chinese classics with historical and religious themes like the "Three Kingdoms" and Lao Tzu are depicted in paintings on the temple's exterior walls. Its fine porcelain cut and paste shardwork reminds me of the Cheong Fatt Tze Mansion in Penang. 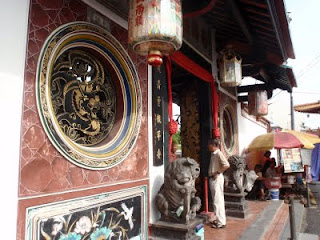 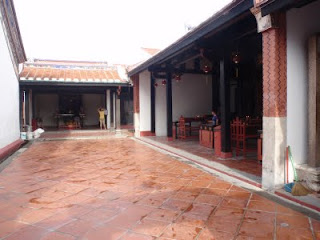 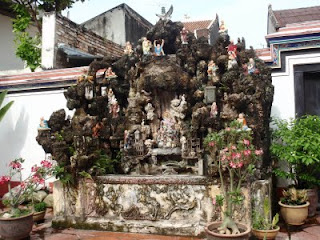 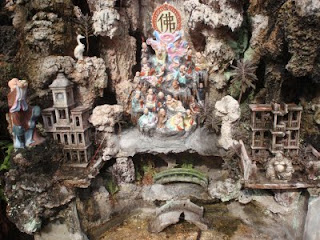 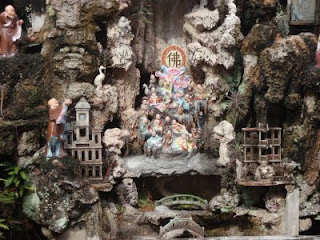 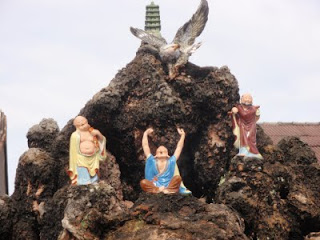 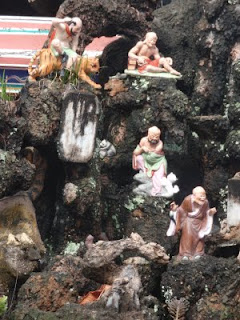 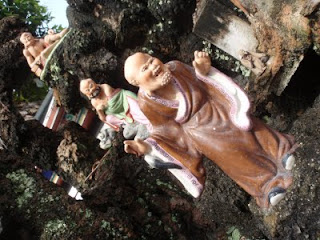 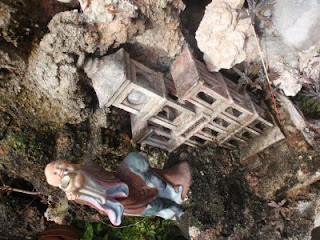 Some of the most interesting feature of the temple can be found behind the temple and there is a structure which attract my attention. The giant rock here is filled with many happy looking figurines which I believe depict a scene in China. 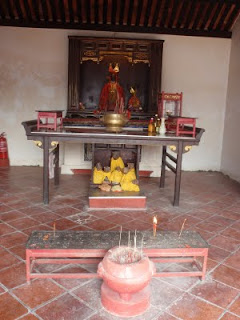 There is also a dedicated alter for Tiger God. The niches for the Tiger God are usually hidden underneath the altar table of in a small square hole hollowed out in the wall. One or several Tiger Gods of various sizes are placed in them. 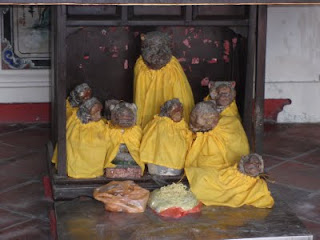 Worshippers bring with them a small piece of pork, a small amount of noodles, a piece of tofu and an egg as offering to the Tiger God. A special set of joss paper is purchased to accompany this offering 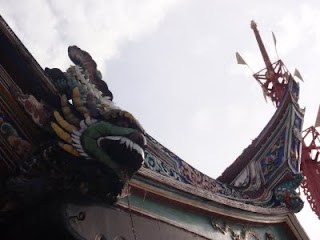 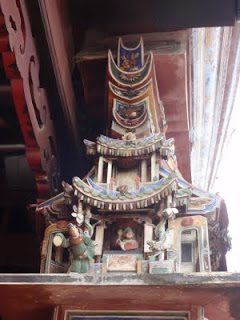 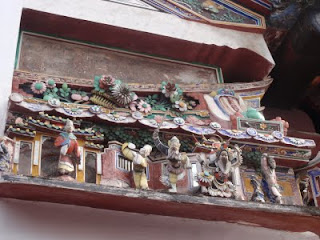 Every aspect of the temple tells a story about the Chinese in Malacca, their lives, their belief and their concerns. This is definitely one temple not to be missed in Malacca.

Posted by Borneo Falcon at 7:09 AM

You have a great blog, I guess you are from Sibu? Are you a methodist old boy or sacred heart old boy?

wow... very informative.. ive been to the temple a few times but ive never known so detail about it. :P

O went to Mallacca once but missed this gorgeous temple. Thanks for this very informative interesting article. I loved the rock with the figures and the tiger god Thanks for sharing