I went to Miri last month to attend "Maintenance Management Course" by Lloyd's Register and I decided to take a bus to Miri since my last trip and my last bus ride to Miri was in 2002. 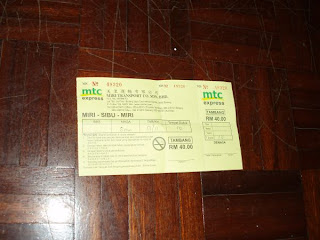 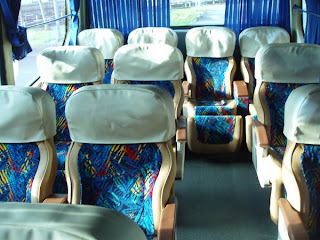 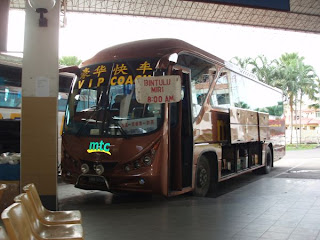 Bus ticket from Sibu to Miri cost RM40. I chose MTC Express as I was satisfied with their bus before. The bus seats are spacious as it has 3 seats in one row (as oppose to 4 seats in a row in most express busses here). The air condition on this bus was really cold and I was shivering as I did not put on enough clothes. 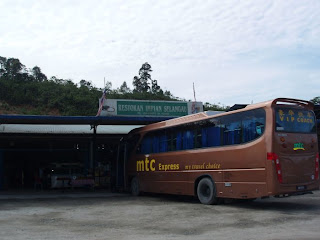 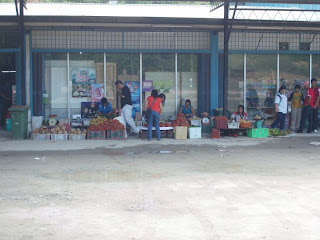 The bus will make its first stop at Selangau, about 1 hour journey from Sibu. MTC express stopped at Restoran Impian Selangau for about 15 minutes. There is a mini market and restaurant inside. Outside the restaurant are some traders selling local fruits. 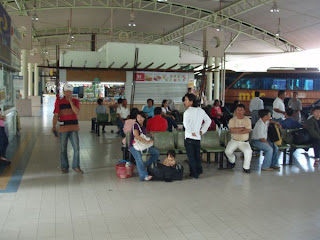 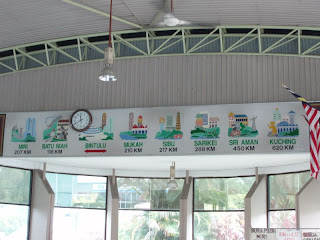 The second stop of the journey is at Bintulu town bus station. Bintulu is about 3 and half hour journey by bus from Sibu. The bus station is small and the toilet is filthy (RM 0.20 admission fee). The bus will make a 30 minutes stop here. 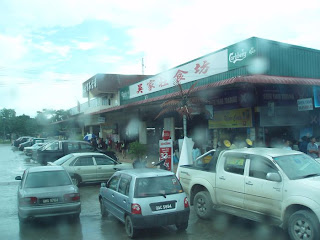 The third and final stop is at Batu Niah. I almost can't recognize the place as this place had been develop so much since my last visit here. Batu Niah is a small town and the gateway to Niah Cave. MTC Express stopped at Ngu Garden Food Park. The toilet here is huge and clean. Admission is free. A wide variety of food is sold at this food court 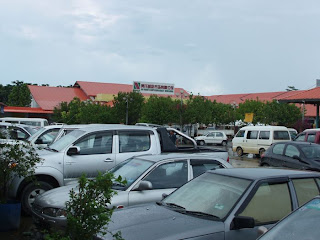 Adjacent to the food court is a huge supermarket and i suspect it belongs to the same owner of the food court. There are taxis and vans here for those who intend to go to Niah Cave which is not far from here. 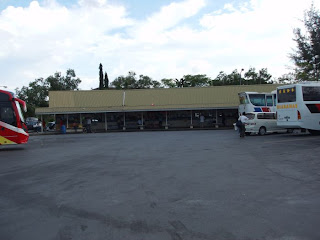 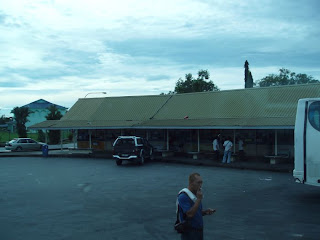 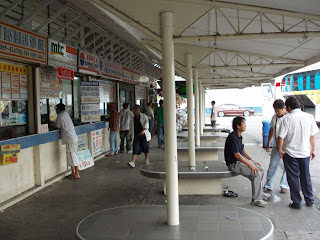 After 7 hours journey from Sibu, I finally arrived at Miri City bus station at Padang Kerbau (Buffalo Field). The bus station haven't change a bit since my last visit. Taxis are plenty here and a ride to the city centre will cost RM15 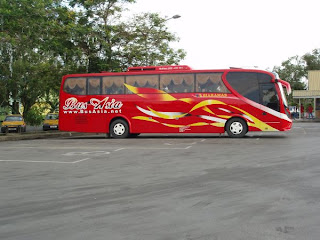 I spotted a Biaramas bus express with their new bus. This company started to phased out their old busses. 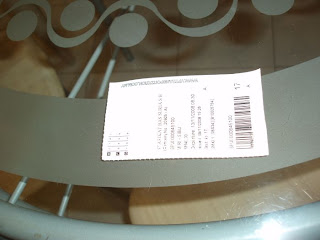 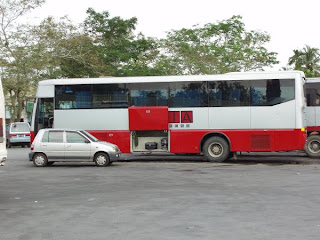 Anyway, for my return trip to Sibu, I had opt for Suria bus express (operated by Vital Focus Group). 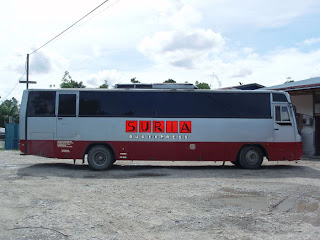 Busses by Vital Focus Group is not my preferred choice but they had the most frequent buses plying between cities and towns in Sarawak. 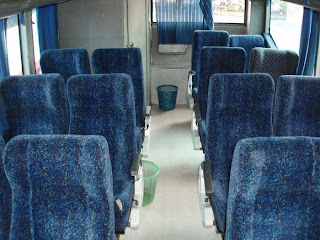 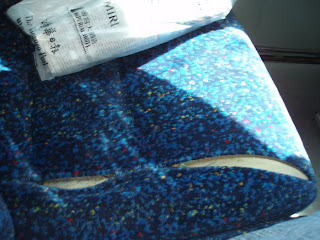 Suria bus is still badly maintained as with my last ride with them in 2007. Note the torn cover on my seat.


The bus suspension also need an overhaul as one can hear the squeaking noise (as well as the bumpy ride) of the absorbers along the journey as shown in this video. 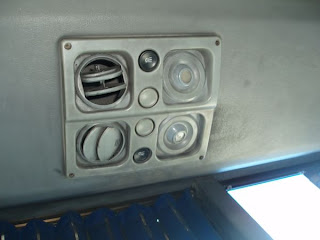 The air condition was also not cold enough and I was virtually sweating by afternoon. I even over heard a few passengers saying that they will not take Suria bus again in the future. 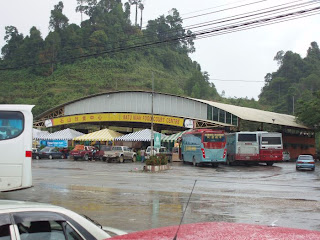 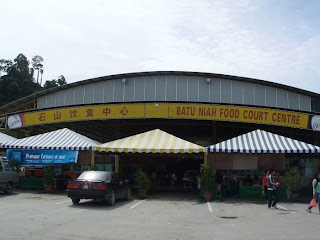 Suria bus stopped in Batu Niah (after about 90 minutes ride from Miri) at Batu Niah Food Court Centre for 15 minutes. Admission fee to the toilet here is RM 0.20. There are less variety of food here compare to Ngu Garden Food Park. 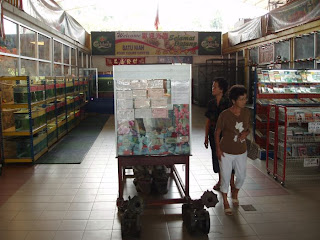 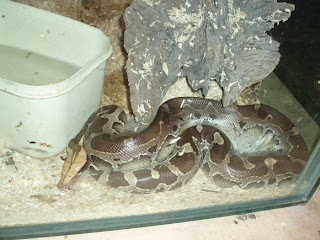 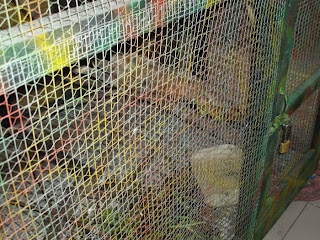 Inside the food court is what I called an exotic exhibit. There are snakes, iguana and many more 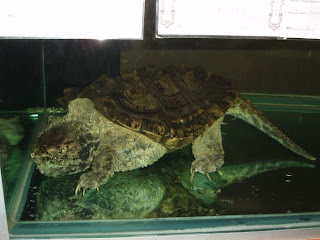 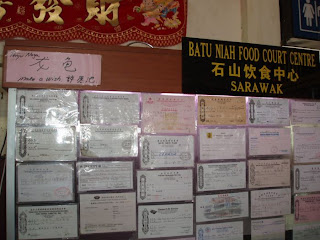 This is what they call "Dragon Turtle". I never seen anything like this. Observe the nails, tails and the shell. Simply out of this world! I think most people believe this rare creature will bring them good luck and hence donations had been made for charity as can be seen from the posted receipt here. 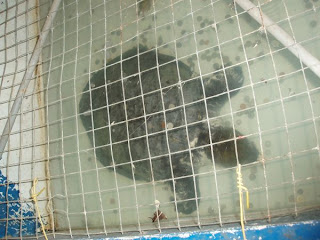 Tuntung another rare species from the turtle family. Again people throwing coins into the pool for luck. 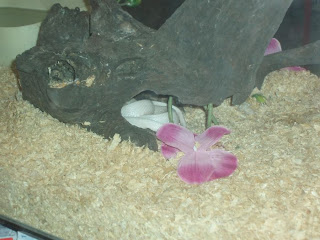 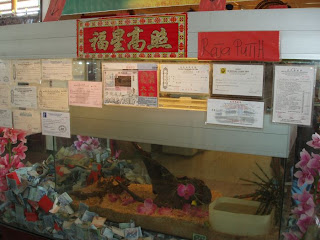 Then there is this white snake with the nickname "White King". Again some believers worship this snake. Note the donations and offering pouring continuously. 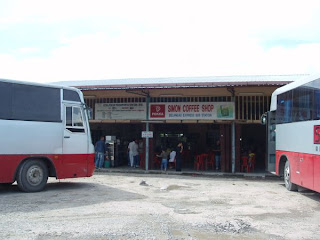 With that I had travel by bus from Kuching to Miri, or should I say the whole Sarawak. I had previously wrote about my bus experience from Kuching to Sibu here.
Posted by Borneo Falcon at 12:01 AM

Maybe I should consider to take MTC next time. I always use flight, never use bus to sibu or bintulu.

i love MTC bus too. I tried many buses to Sibu-Miri. I think MTC is recommend-able so far.

Hi, I'm looking for information about Snake wine, do you have any ?
This is Snake wine:
http://www.asiansnakewine.com/

I prefer MTC too. Among the best. If not mistaken it was slightly more expensive but worth.

wow such a long journey .... I hate more than 4 hours drive... like cannot reach the destination.. lol

Flying is the most convenient and fastest way to travel in Sarawak and Sabah. However, it is quite costly now to fly.

Taking bus to travel is a lot cheaper but more time consuming.

nice bus. 7 hours trip is no problem as long as bus is good and feel comfortable

these photos makes me more excited to go there.

Do any1 know how much will it cost for MTC bus from Kuching to Sarikei ?

Wonderful blog. Travelers may come from describing of the site and Bus tickets booking is very easily..

Batu Niah is another 11 Km away from the junction you were talking about. Cars and buses stopped at this junction for foods and refill.