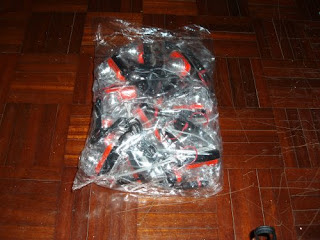 I put an order of 20 lifejackets light and I received a plastic bag from my agent in Singapore. I am a bit furious when receive it as it is not the model I ordered earlier. I ordered a model made in Japan but the one arrived is made in China. Anyway, I used to this model and let's review it. Lifejackets and its light is an essential safety equipment. You can find it in cruise ship as well as in commercial airlines. The commercial airlines should use something like this. 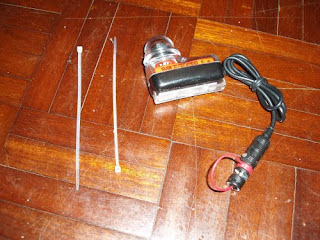 When open the package, it comes with the light unit itself and 2 cable ties. I never knew why the cable ties are included in the first place but I think it is used to secure the light to the lifejacket. There is also a long black cable with a red lanyard at the end. 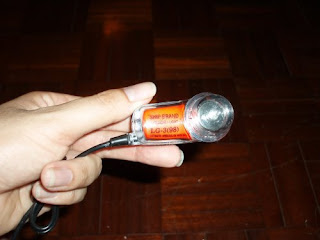 It looks like a pretty crap brand for me at first impression as the brand of this unit is "SHIP BRAND" with model LG-3(98) The 98 basically the unit complies with SOLAS 98 Convention. We will see if it is true. I would thought the light bulb is a LED light but on closer inspection, it is not an LED light as I notice a filament inside the small light bulb. It would be nice if it is a LED light bulb as it will help to conserve the battery power when in operational mode. At the side of the light unit, there is an approved mark. Well, as predicted, it claimed to be complied with SOLAS 98 Convention and approved by ZC (not sure what this stand for, most likely a local classication society) and CCS (China Classification Society, this is an IACS Members). Based on the approved marking, it is confirmed that this light is made in China. 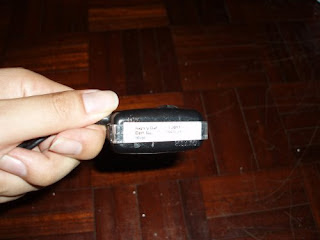 At the bottom, there is an expiry date. It means the battery expiry date. The light is virtually do not need any maintenance and only need replacement after 5 years as it is usually the battery lifespan. This also simplified the survey time when inspected by ship surveyor or any surveyor. For this light unit, the expiry date is March 2013. Also appear at the bottom is the certificate number. This should be the approval certificate for this product. 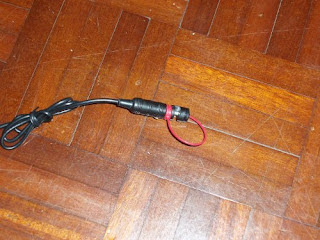 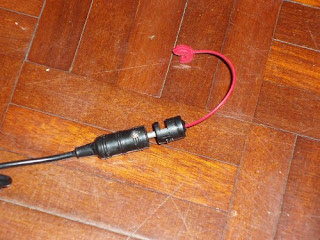 The red lanyard can be pulled as shown above, exposing the metal at the gap. Expose this metal to water will activate the light. 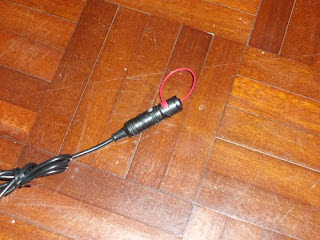 The red lanyard can be secured to the top cap. In order to save energy and off the light when touching water, push the top cap down as shown. 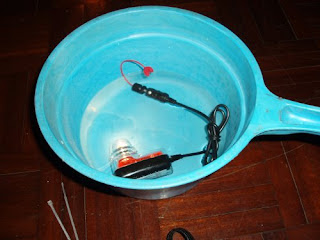 For testing, it is immerse in water and the light is ON. The light watertight integrity is confirmed with no water appear to be leaking into it. When the top cap is pushed down. The light will off.

Pros: No need maintenance, battery lifespan 5 years, watertight, cheap, compact, easy to use
Cons: Could be a trouble process for testing if requested so by surveyor as need to prepare water and etc. No LED light. Cable ties appear to be cheap and poor quality, black cable might not need to be too long
Posted by Borneo Falcon at 12:10 AM