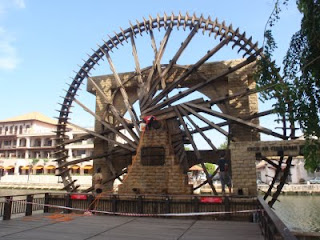 The Melaka River is the site of origin that witnesses the birth of the Melaka port during the Melaka Sultanate. It serves as an important port for both the East and West including South East Asia, China, Indian and Europe during the 15th and 16th Centuries. 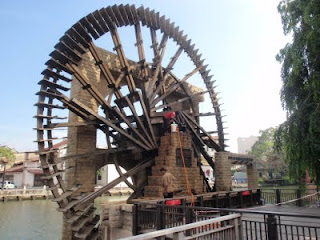 The Melaka River mouth once again witnesses history being created with the construction of a 13m tall Water Wheel of the Melaka Sultanate. The water wheel, usually located in fast moving waters, was used to channel water for the large number of traders. Such water wheel technology can be found in Hama, Syria, China and Europe. 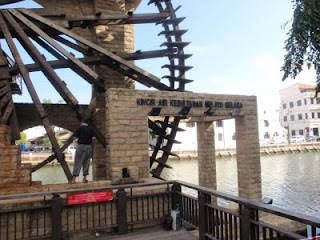 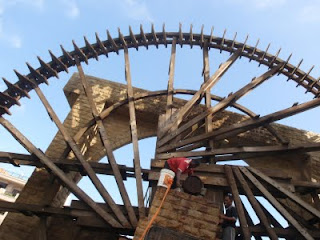 The construction of the replica Water Wheel of the Melaka Sultanate represent the greatness of Melaka and its technological feat for tourist to view up close. The turning of the water wheel symbolizes the wheel of life and evolution of man's civilization. Its continuous revolution represents the quest for the discovery of knowledge with hsitory to be viewed as a guide and lesson for all times.
Posted by Borneo Falcon at 7:51 AM

oh i have not seen this yet! thank u for sharing! :D will go to malacca & hopefully will get to see this

such great work piece. a very complicated work and can really represent a sultanate's own replica of the wheel.