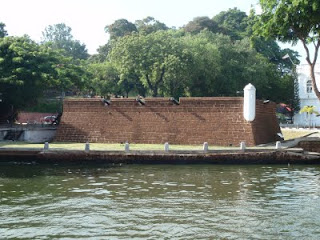 The Malacca Fort built in the 15th century was a prominent landmark during the time of the Malay Sultanate. This was where the administrative complex and royal residences were located. The complex, guarded by armed warriors also housed the palace, mosque and sentry towers. 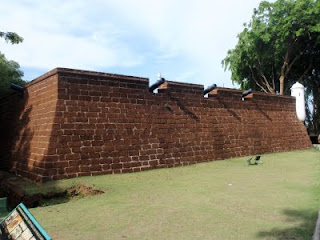 Laterite red stone was the main material available then and used to build and integrate the buildings in the complex. The bulk of this building material was sourced from Pulau Upeh, Pulau Melaka, Tanjung Kling, Sebatu and Bukit Piatu. 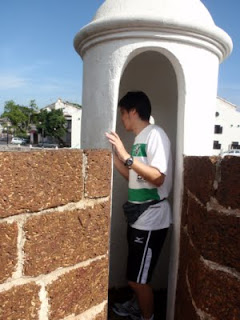 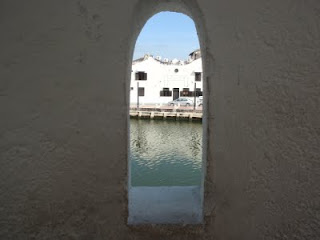 One of the sentry tower and its view which overlook the Melaka River. 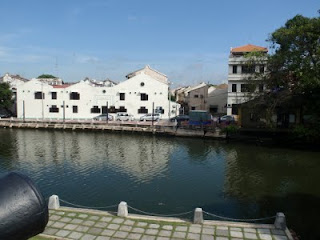 Malacca was subject to change with each successive colonial power that came to control it. In 1511, the Portuguese captured Malacca and heedlessly destroyed the Malay fortification. In 1512, the Portuguese replaced the old Malacca Center with another fort named Fortaleza de Malaca, which largely resembled the other Portuguese forts built in other parts of Asia and Africa. 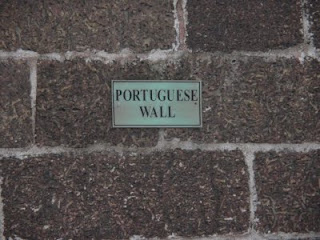 The Portuguese Fort, completed in 1588, covered an area of 1.4km. On this site were located the administration building, governor's residence, hospital, quarters for employees, a church and barracks for the army. The Fort was equipped with 8 defence bulwarks. 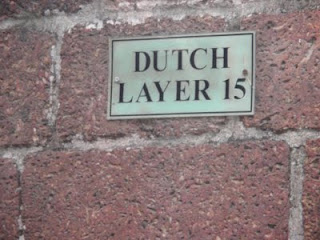 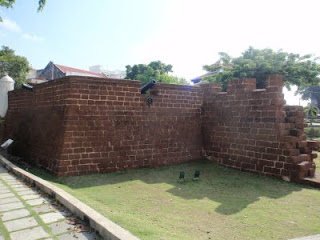 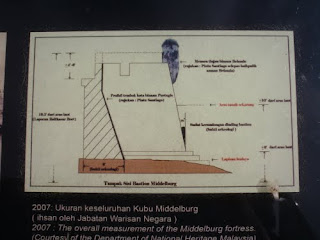 In 1660 and 1678 the Dutch reinforced this complex of defensive walls by building another bulwark called Middelburg, making a total of 9 bulwarks. 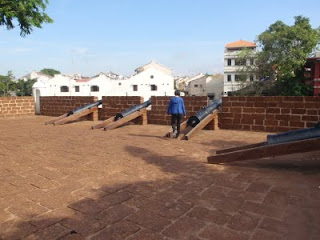 Malacca declined when the british ruled from 1795 to 1818. The Fort of Malacca that strongly attracted trading groups and commerce was destroyed in 1807, influencing residents and traders to move to Penang. 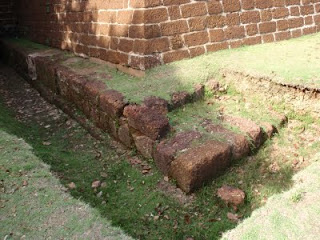 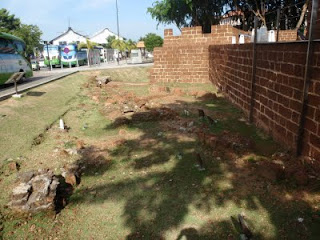 Archeological excavations conducted by the Department of national Heritage in 2006 discovered the site of the Malacca fort. Following this, the structure of the Fort was revealed, making it public in 2008. The Middelburg was then reconstructed based on archeological research and excavations, written documents, reports and discussions among local and foreign experts in the field of archeology, history, architecture and geology.
Posted by Borneo Falcon at 7:18 AM

I didnt even go near to the Malacca fort when I was in Malacca.. lazy to climb up, one thing.. all i m interested in is the food.. :p

i been up there.. love the sense of history.. to answer yr question on my blog saramohostel, adell road, kch

good coverage of this place