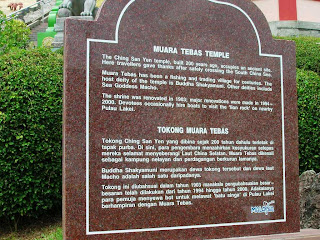 Muara Tebas is about half an hour's drive from Kuching city. There is an ancient temple there called "Ching San Yen" which was built 200 years ago. Parking at Muara Tebas could be a problem as there is not much space around. One can park at the allocated car park nearby the temple but some Malay kids will come for "protection" money, usually around RM 3-5. Given an option, I would have park a bit further and walk to the temple. 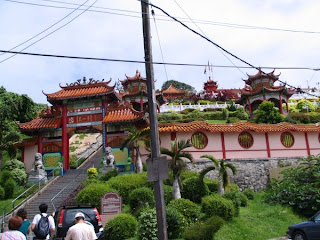 The Temple sits on top of the hill with Malay Kampung resides around the foothill. Traditionally this has been a fishing village as it's a short distance from the river mouth and offers shelter to the fishing boats during bad weather. Hence, the village was established. The temple was constructed by the Chinese community, on top of the hill facing the South China Sea. 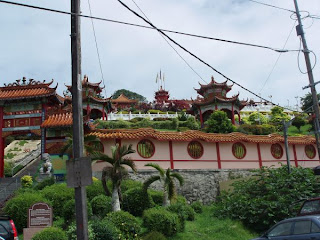 During the Chinese New Year Celebration, many of the buddhist from the city and other divisions will come to this temple to worship. Its sort of expressing their gratitude to the "Deities" for the just concluded year, and praying for another good year ahead. Many pray for blessing in their business, matrimony, study etc. 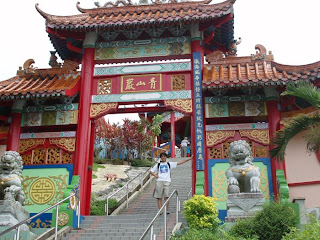 The giant arch greet visitors to the temple. The main stairs which you observe here is the most direct route to the top of the hill. There is however an alternative route which is narrower around the side way of this arch (the alternative route will be longer). 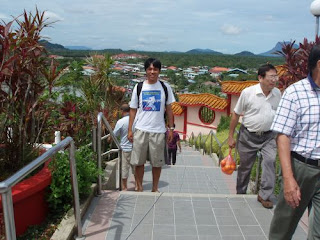 The journey to the top of the hill is not that tough. The stairs are not steep. One should able to reach the top in less than 5 minutes (well, in my case). 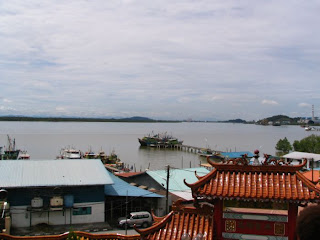 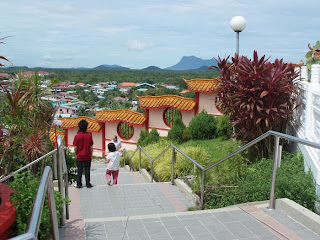 The views from the stairs are equally stunning as with the top view. The fishing villages and the Malay houses can be seen surrounding the temple. It's an amazing thing that 2 different cultures able to co-exist here. 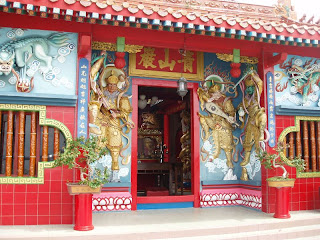 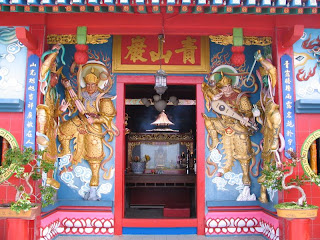 This is the main entrance to the temple at the top of the hill. The deities are beautifully carved and the dragon pillar can be found inside the temple. Toilets are available behind this temple, free of charge 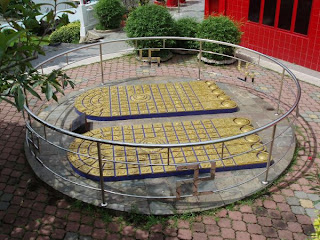 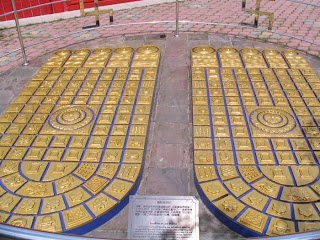 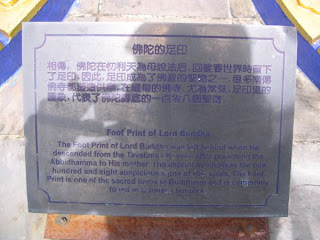 The Foot Print of Lord Buddha can be found here, next to the temple 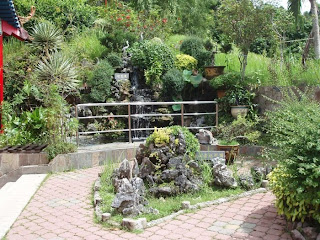 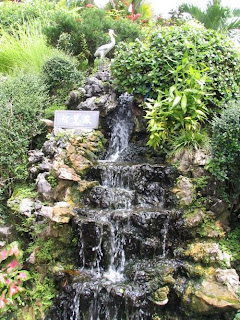 Nearby the Foot Print is the "Pool of Knowledge" 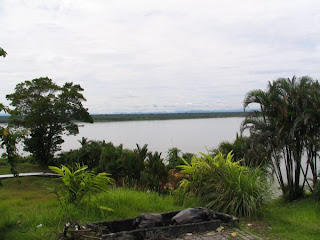 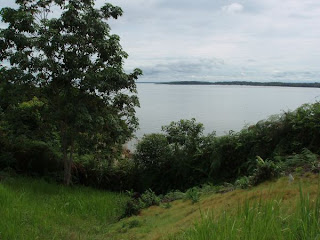 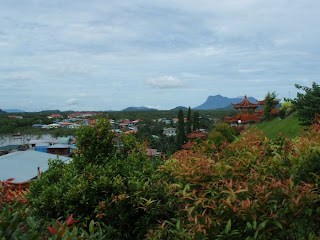 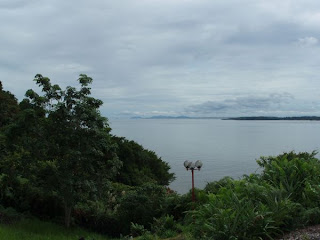 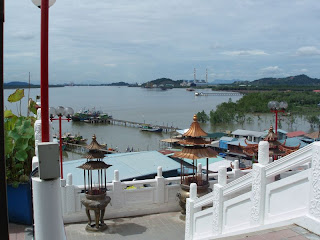 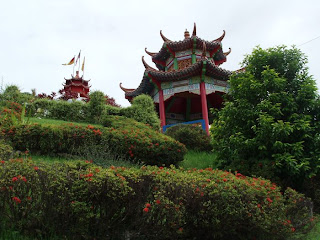 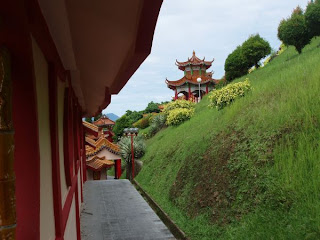 I decided to take the alternative route while descending and the views are equally stunning.

There are a few seafood restaurants around for those who plan to take a break after the long walk around the temple. I'm sure the seafood is fresh as it is sourced from the nearby river and sea.
Posted by Borneo Falcon at 12:02 AM

The view from the temple is nice. Have u been to Kek Lok Si in Penang? We also need to climb very high up to reach the temple and it was tiring for me!

Once I watched a China documentary about this temple that was built on the wall of the cliff! I forgot the name but the way it was built is said to be able to "bounce off" noise, cooling and I think prevent it from flood.

I only go there once a year..that is on chinese new year..during that moment will be extreamly crowded with people..and also got free lunch..usually will buy some sea food at the market..

nice photos really. as i've told you, you can be a professional photographer too.
keep on posting photos.

heard about the place but being a christian, going to temples has not been a thing that occur on my travel journal somehow I always view temple as a place of worship not visit... hmmm.... I should note it down. I do visit Sibu pagoda though but not inside the temple. Its a nice view...

The view of the temple is very great....

been there many years ago!