Getting to LCCT via KLIA Transit 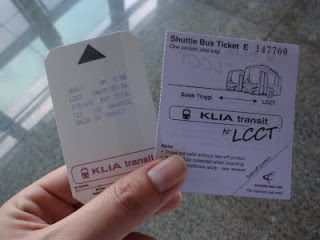 Last week I try using the KLIA Transit to the LCCT (Low Cost Carrier Terminal) for the very first time from Putrajaya station. The ticket cost RM 5.50 for one way from here. Unfortunately, they don't sell return ticket from the ticket booth here. Return ticket can only be purchased from KL Sentral (RM22).

Basically, there are 2 tickets which will be issued. One for the train and the other one is for the bus. 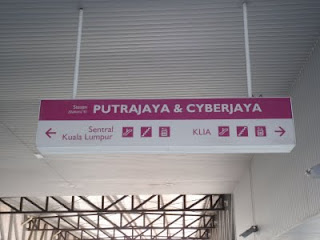 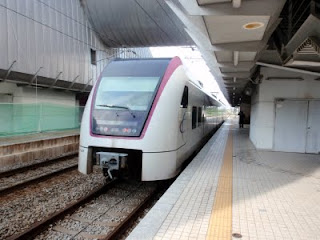 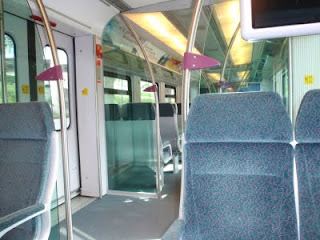 The interior of the train. Comfortable and clean as usual. This is definitely the best train ride in Malaysia. 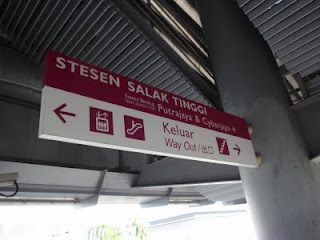 The journey to Salak Tinggi station from Putrajaya station is approximately 8 minutes only. 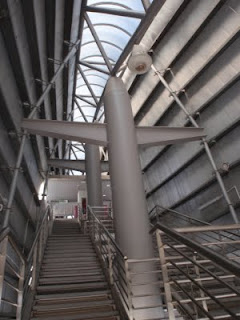 The stairways at the Salak Tinggi station. 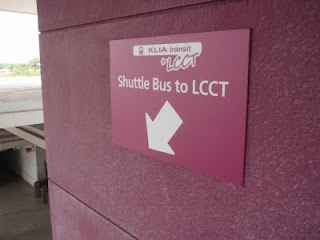 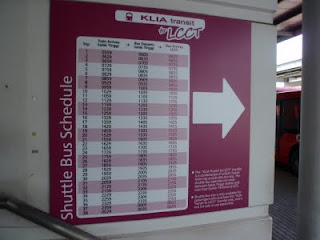 Just follow the signboard to reach the connecting bus. The bus is waiting at the main entrance of this station. 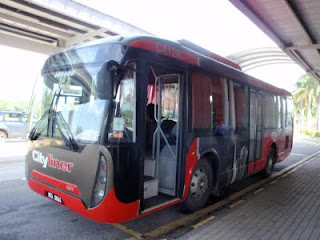 The city liner bus is basically already there when the passenger arrived at the Salak Tinggi station. Hence, no time wastage here. Nice co-ordination between the bus with the train company to ensure the passengers will not miss their flight. 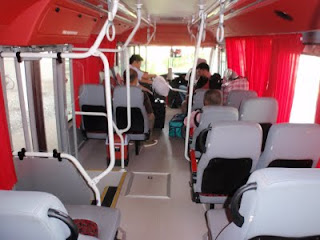 The bus is quite spacious and comfortable. It does not have a luggage compartment and passengers just need to lug their luggage into it. I don't find this convenient if there are a lot of people onboard the bus. 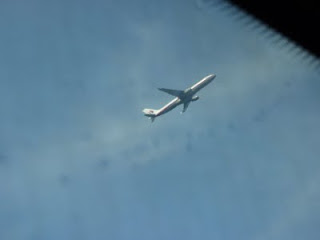 The journey takes about 20 minutes to reach the LCCT. Traffic is mostly smooth and one can catch a glimpse of air crafts taking off. 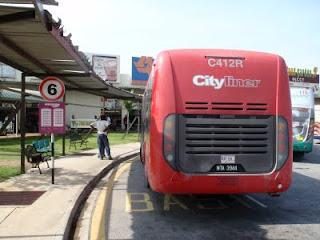 To get back, purchase the ticket from the ticketing counter from the baggage claim concourse inside the domestic arrival hall. Head to bay 6 where the bus is waiting. The bus departs every 30 minutes. 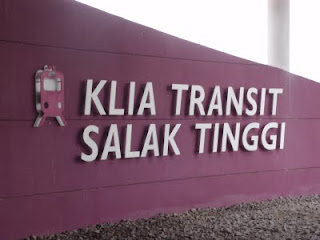 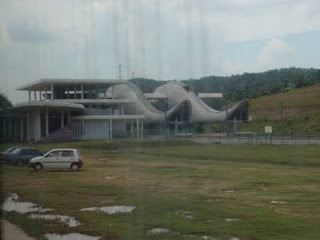 Salak Tinggi station has a unique roof shape. It looks like a shell of a snail or some sort. 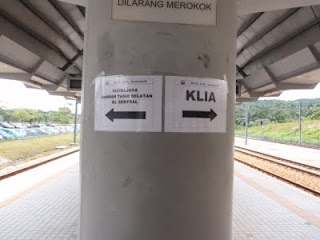 Again, get to the right platform while in the station for the intended journey. 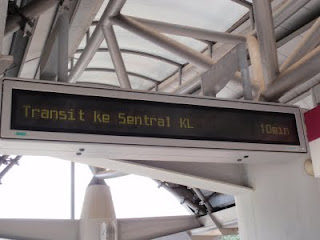 When the bus arrived at the station, there is still a window period of 15 minutes before the next train arrive. There is free porter service to bring the heavy luggage to the train platform.

For those who plan to go to KL from LCCT, I would not recommend using KLIA Transit as there are cheaper options such as bus where the fare is RM8-9 only. The changing from the bus to the train can be quite troublesome too. There has been proposal to extend this rail service to LCCT but I guess the lack of fund kind of hamper it.

This service is only more viable for those staying in Putrajaya, Cyberjaya and Bandar Tasik Selatan.
Posted by Borneo Falcon at 7:29 AM

Thanks for sharing this information! I have yet to take the KLIA Transit. The train looks comfy and clean! But station no air con? Mana boleh??

If you are going to London, make sure you get The London Pass. It is one ticket for 56 of London's Best attractions. Some of included attractions are:

Thanks the info !
I'm taking the train back to Putrajaya tomorrow,your info just in time!

thanks for the info

Cool post very informative. I just found your blog and read through a few posts although this is my first comment, i'll be including it in my favorites and visit again for sure.