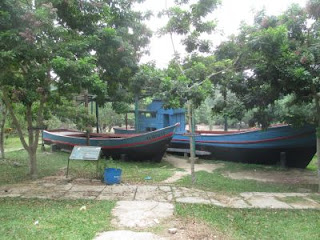 Another attraction at the Galang Refugee Camp is the boat replicas which were used by the Vietnamese Boat People in 1975 who fled their country ravaged by civil war. 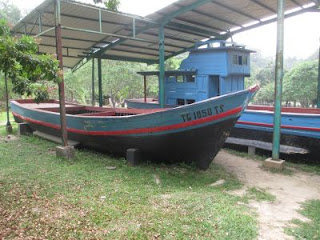 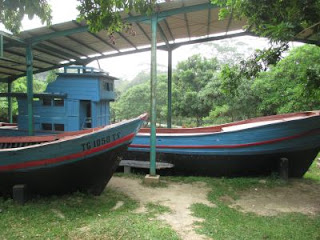 The boat replicas here are actually been sunk and burned by the refugees as a sign of protest as they were forced to be returned back to their country after arriving at Galang island. These boats were restored in 1995 after all the refugees had been repatriated. 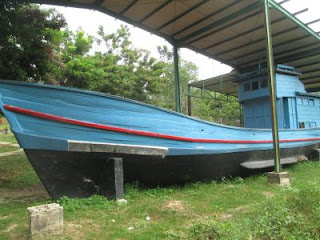 It is hard to imagine what life was like on the boat where it was said up to 100 people were onboard such a small boat and many had lost their lives in mid ocean. 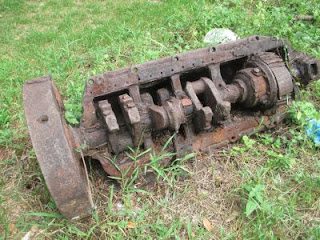 The actual diesel engine with its exposed crankshaft which was used to power the boat can be found next to the boat replicas.
Posted by Borneo Falcon at 9:41 PM