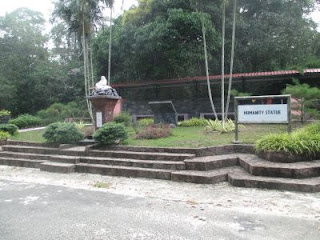 The Humanity Statue was sculptured by one of the boat person named  Nguyen Van Tuyen of boat no. SS1716TA with ID no. 800022 in commemoration of UN Day on 1st January 1985. 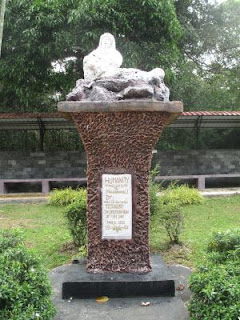 The statue was sculptured to pay homage to a young woman refugee named Tinh Nhan who committed suicide by hanging herself to a tree after being raped by the male refugees at the location where this statue stands.

The surrounding area here has a lot of monkeys hanging around and visitor is advised to take precaution so as not to be attacked or had items been taken by them.
Posted by Borneo Falcon at 8:00 AM