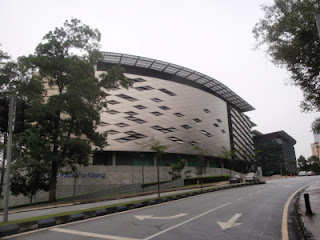 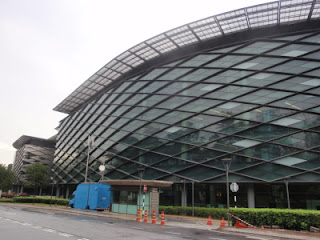 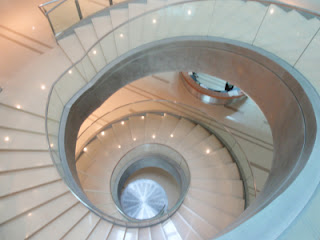 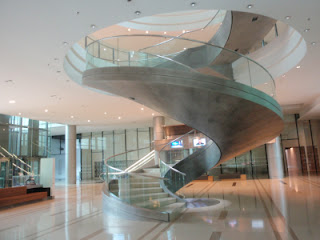 It incorporates modern architecture with an intriguing spiral steps at the centre of the concourse. Admission is free. The museum is located on the 1st & 2nd floor while the art gallery is on the 3rd floor. 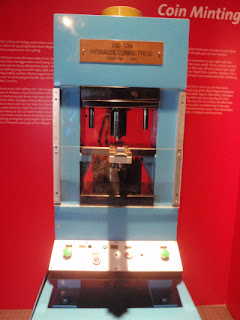 Malaysian coins were first minted on 12 June 1967 with 5 denominations bearing the same motif. All coins dated 1967, 1968 & 1969 were struck at the Royal Mint, London. However, the 1& 20 sen coins dated 1970 were produced at the Hamburg Mint in Germany. All coins in denominations from 1 to 50 sen have been minted locally since the opening of the Bank Negara Malaysia Mint in July 1971. 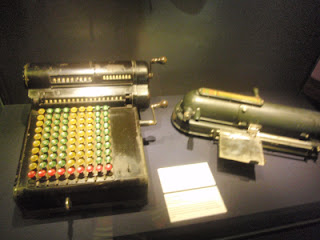 This is a cheque writer from 1910s, sourced from G.W. Todd & Co., Rochester, New York. The cheque writer was used to protect a cheque by preventing the monetary amount from being altered. It leaves a numerical or written value impression in the payment amount section that is very hard to tamper with. 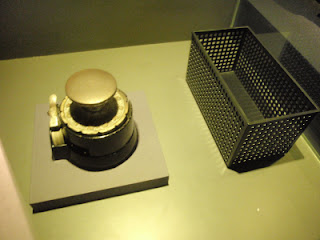 Perforation is another form of protection used against fraud. A cheque perforator punches small round holes that form perforated numerical as well as having perforations that are permanently inked. This cheque perforator was used during the 1890s and was manufactured by Wesley Manufacturing Company, New York. 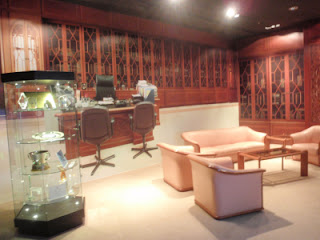 This is how the Governor's room look like. Located on the 19th floor of Bank Negara Malaysia's headquarters, this room has been occupied by four of the seven Governors. With the decor that has hardly changed over the years, the focus has been on the desk at which successive Governors have made decisions that have helped shape the nation. 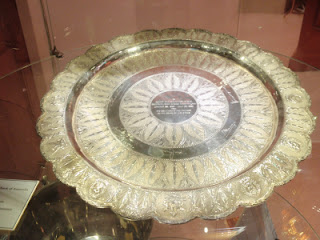 This silver tray is a farewell momento to the Bank's first Governor, Tan Sri W.H. Wilcock in 1982. It is engraved with the signatures of the first Board of Directors. 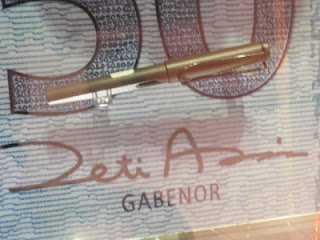 The signature of Tan Sri Dr Zeti Akhtar Aziz is probably the best known in Malaysia. It has appeared on all the different denomination banknotes for more than a decade, originally signed with this unimposing fountain pen. 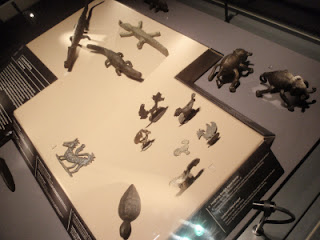 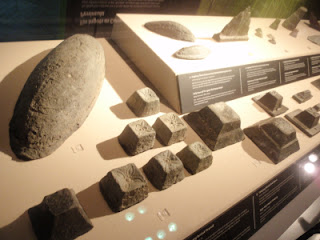 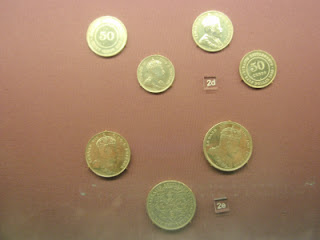 Old currencies dated from the primitive age until the colonial era is on display here. The museum has a very comprehensive money collection here and should attract those who has keen interest in the history of currencies used in this country before. 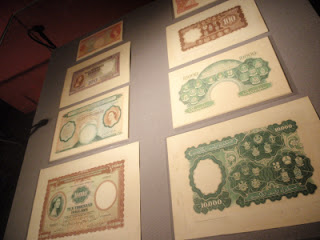 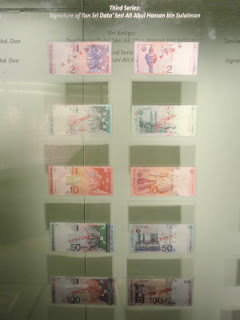 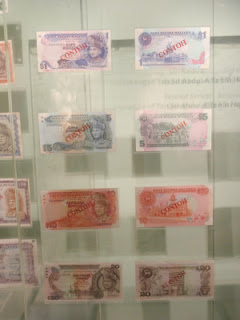 The evolution of the design of the Malaysian bank notes are well depicted here. Should be rather nostalgic for those who had been used those old bank notes before. 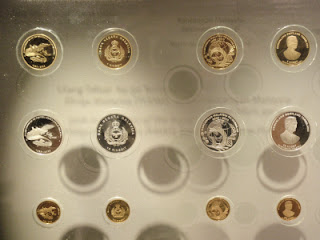 All the commemorative coins issued by BNM are on display here too. I must admit it, I never saw most of these beautiful coins before. 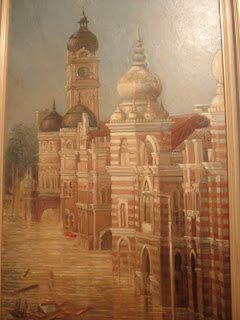 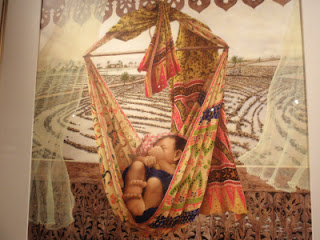 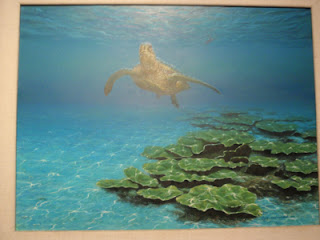 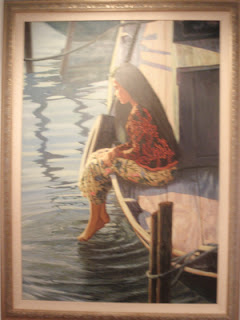 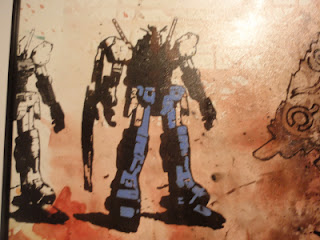 The Art  Gallery has a variety of collection of artwork by Malaysian artists accumulated since the early 1960s.

There are so much things to see and do here. Getting here is easy. Get off the Bank Negara KTM Station and walk about 10 minutes to reach the museum. One can also opt to get off from Bandaraya LRT Station and get across to the Bank Negara Headquarters office and start walking from there onward.
Posted by Borneo Falcon at 10:05 AM

hope it's open during the CNY. Wish to visit it then..

The museum is opened every day except 1st-3rd of Hari Raya Aidilfiri..